What are the by-products from the processed seafood sector in the Galicia – Northern Portugal region like?

A by-product is any non-main product obtained in a certain production process, which may constitute a raw material for another industry, from which a main product is obtained. This is the case of by-products from the processed seafood sector, which are mainly raw materials in the fishmeal and fish oil industry.

This regulation sets out strict animal and public health rules for the collection, transport, storage, handling, processing and use or disposal of this type of by-product. According to this Regulation, SANDACH are classified into three categories according to their risk, called Category 1, Category 2 and Category 3. Most animal by-products originating in the seafood sector are identified as Category 3 material under this Regulation and the surveys carried out under the project.

Regarding seafood sector companies, by-products represent between 30% and 70% of the main raw material used. Taking the data provided by the companies that responded to the CONSERVAL questionnaire as a reference to draw up a sectorial map in the Euroregion, the majority declared that they manage SANDACH Category 3 waste, of which their flows range from 300 tonnes per year to more than 4,200 tonnes per year.

The European Directives aimed at protecting the environment and human health by preventing or reducing the adverse impacts of waste generation and management, advocate prevention first followed by the recovery of generated waste.

The seafood canning and processing industry is in line with the obligations laid down by these Directives. However, as far as recovery is concerned, SANDACH type 3 by-products are often intended for the manufacture of fishmeal and fish oil, which is recovery, but for products with a low added value.

This project proposes the production of protein hydrolysates which will make it possible to give greater added value to the protein fraction, which could be used for functional foods, nutraceuticals, etc.

Fish protein hydrolysates can be produced in liquid or powder form depending on the food matrix into which they are to be incorporated. Their high proportional content of peptides, between 2-20 amino acids, with highly valuable bioactivities such as antioxidants and anti-hypertension agents, is generating a growing interest from the cosmetic and pharmaceutical industries.

Furthermore, there is a growing trend to include hydrolysates in animal feed and pet food because of its functionality. This would maintain the animal feed market as an outlet for by-products, but with a higher added value.

Conversely, the CONSERVAL project also proposes the recovery of the lipid fraction, to concentrate it in omega-3 rich oils, as these are the most valuable to be incorporated into future products, from a nutritional point of view.

Omega-3 fatty acids reduce the risk of suffering from cardiovascular disease, prevent Alzheimer’s, dementia and other cognitive function problems, etc. Due to their potential benefits, they are a highly demanded compound for functional food and food supplements. 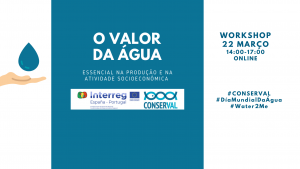 Workshop – The value of water: key in the production and socio-economic activity 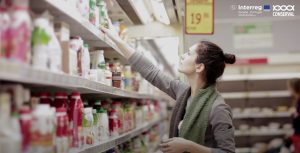 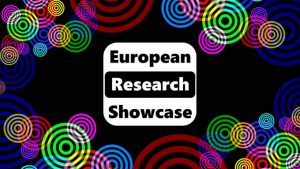