The Conserval project, led by Cetaqua and co-financed by the European Regional Development Fund (ERDF) through the Interreg VA Spain-Portugal Program (POCTEP), takes a further step in its execution by launching its demonstration prototype located in Conservas Dardo, Vilanova de Arousa. Operated by Cetaqua Galicia, its objective is to test new acid fermentation technologies in order to convert the wastewater from the canning industry into volatile fatty acids (VFAs), products of great interest as raw materials for biofuels or bioplastics manufacturing industries.

As a preliminary step to the assembly of the demonstration unit, various tests were carried out in the laboratory using as substrate different waters from the cooking of tuna, mussels, or a mix of seafood. These tests have served to elucidate the best residual matrices and to test the optimal operating conditions.

The two universities part of the consortium are involved in this project action, together with Cetaqua. Thus, the University of Santiago de Compostela, represented by the Environmental Biotechnology Group (BioGroup), is developing a mathematical model that describes the metabolic transformations in microorganisms and determines the optimal parameters for the production of VFAs under conditions of maximum productivity. For its part, the Universidade do Porto, also represented by its Faculty of Engineering (FEUP), is developing technologies for the separation and purification of AGVs using membranes and adsorption processes.

In addition to wastewater and with the involvement of the National Association of Manufacturers of Canned Fish and Seafood (ANFACO-CECOPESCA), Conserval is also working on the recovery of the by-products generated in the process of transformation of canned food, such as fish heads, skins, or bones, from which it is expected to obtain protein hydrolysates and fish oils with a high omega3 content, products also in high demand by the pharmaceutical and cosmetic industries. Thus, the tuna remains become the main material with which we are working, as it is the product that is processed in greater quantity by the canning industries both in Galicia and in the North of Portugal, areas of project implementation.

Closing the loop: the environmental impact of canneries

As reflected in the data collected by ANFACO-CECOPESCA together with the Association of Manufacturers of Canned Fish of Portugal (ANICP), the average annual expense of effluent treatment supposes to the canneries between 50,000 and 200,000 euros per year to treat flows that Depending on the size of the company, each year they oscillate between 30,000 and 120,000 m3 / year.

As for by-products, at present they are mainly used for the generation of animal feed, wasting ways of greater added value such as those proposed by the project.

The solutions proposed by the Conserval would have an impact on the opening of new market niches in the Euroregion by converting waste into resources, increasing the competitiveness of the industry through the creation of new business models, and reducing treatment costs, which in turn It has an impact on better care of the marine environment.

The Conserval consortium, in which the Fundación Universidad Empresa de Galicia (FEUGA) also participates, will continue working towards the development of processes and technologies that generate high added value products from the effluents and by-products generated in the production cycles of seafood processing and preservation companies until April 2022. 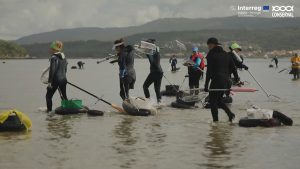 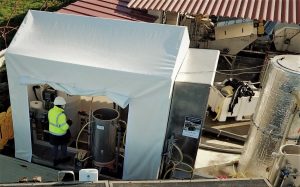 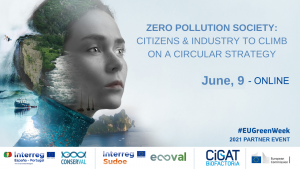